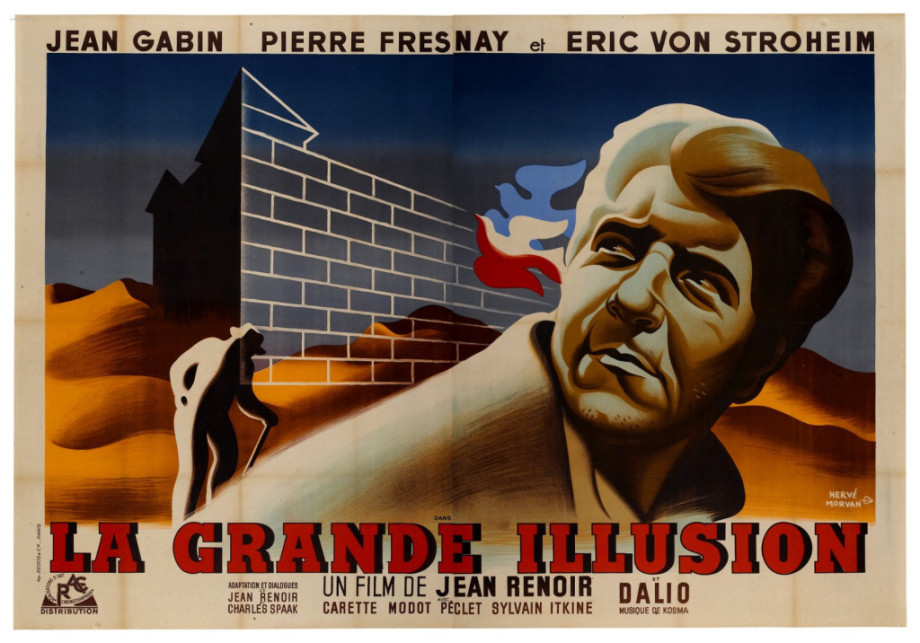 When was it that we, as a nation, became so obsessed with home ownership? Why is it that the general narrative that surrounds renting talks about being ‘trapped’?

You only have to pick up a newspaper; any newspaper. Left, Right or Centre and the message is the same: owning good, renting bad. As though Orwell, through some subconscious allegorical message, is highlighting the indoctrination of the proletariat. We are now at the stage where we cannot conceive of rental as anything other than second best, so deeply is the ownership imperative ingrained in the national psyche.

The UK is not alone in this. Both the US and Australia/NZ and many other countries strive to own. But equally, many others, certainly in Northern Europe, do perfectly well renting thank you very much

According to Martin Pugh, author of ‘We Danced All Night: A Social History of Britain Between the Wars’, we can trace the beginnings of our obsession with ownership back to the end of First WW. At this time, roughly 90% of people were in rented accommodation. But rental strikes and the perception that landlords were profiteering from mass migration and returning soldiers were seen as deeply unpatriotic and led to the ownership ideal of ‘home’ as having a stake in the system. Later, in the 30’s the Conservatives saw ownership recreating the poor-ish as ‘mini capitalists’ and Labour, as freeing households from the ‘grip of the landlords’. Politically, ownership suited both left and right.

However, despite the fact that resentment of the ‘landlord’ from Victorian times was building, from a social standing perspective, the status of a renter was not diminished.

As we travel through the 20th century, Pugh contends that there was propagandist pressure, principally but not solely through widely read women’s magazines, on women to idealise marriage and family. This ideal was tied up with the notion of home and ownership. From that point onwards, especially after WW2, ownership grew. Much later, through Margaret Thatcher’s right to buy initiative in the early 80’s and subsequent deregulation of mortgage lending, ownership accelerated further. It also had the effect of eating into social housing rental stock which became depleted. The impact of which pushed many into the Private Rented Sector.

The result of 100 years of political propaganda is that ‘ownership’ and ‘home’ have become conflated and self-identify. So, therefore, in terms of tenure, we might argue the inverse; that ‘renting’ cannot mean ‘home’ and is not desirable. This is how it seems and this is how it appears most think.

Is this the root of the stigma surrounding renting? Has our DNA evolved so rapidly in 100 years that the ownership helix is now inextricably intertwined with our own? Has renting become the faulty, unwelcome gene? Has tenure become the ‘Grand Illusion’ of our time. Are we able to debate this rationally or will the deep-rooted pull of ownership always colour our thoughts and our outpourings?

Of course, the history of renting is a long and badly potholed road and, other than the psychological indoctrination, has been beset by Rachman types, conflicting, politically motivated legislation, amateur landlords, dreadful management, rip-off agents and financial meltdowns. (to name but a few) This sorry catalogue of mend and make do further denigrates renting and renters.

As the Build-to-Rent sector pushes forward it finds itself faced with a nationally embedded psychological barrier. Years of binary thinking that we have not thought to challenge. Indeed, why should we? Are our prejudices not confirmed every time we pick up a newspaper, listen to the radio, read august research or simply speak to friends and family?

But now is the time to stop. And think. To throw off the blinkers. This is not disruption for the sake of it. This is a response to a fundamental change in the way we live and work. WeWork has emerged because the status quo was ineffective and unresponsive to how business is evolving. It’s successful because it has (some) answers to the many questions of our time. Questions that have only recently become apparent, questions that have exponentially grown in value and importance. Space-as-a-Service as PropTech guru Antony Slumbers calls it. It sounds simple, but it's heavily nuanced and has to be intelligently implemented.

I can only speak from my experience within the BTR sector, but the people I know and work with are determined to make a positive contribution to changing the way people rent. This determination is clearly articulated at every conference, by every speaker and every delegate. 'Change' is not just an ephemeral notion, it is palpable. Developers, investors, operational managers, architects, third-party suppliers; they are all trailblazers of sorts and they are all looking to the future of renting, not the past. We're done with that.

So how is BTR going to change the habits of a lifetime and a 100 years of ownership propaganda? How do we dismiss this Grand Illusion, You might think it's all in the actions, and, I guess, much of it is. Essentially, it's about being authentic, about a whole new covenant with the customer, about fulfilling all the promises and exceeding expectations. Putting the customer first is not something the PRS has been very good at, but for BTR it's a key element of differentiating what the sector is all about. Make no mistake, whatever the doubters might say, the BTR zeitgeist is here and it is now. But this could be for nothing if we don't change the language of tenure and take back control to allow the sector to own its terms of reference. Terms that demonstrate the positive experience that BTR is giving to many. We also need to challenge, at its root, language that assumes, de facto, renting is negative and inferior and that renters are second-class citizens.

George Orwell, everyone's favourite dystopian, understood that successful propaganda was based on the power of words and phrases. Manipulating elements of language until it became idiomatic and representative of an ideal. By doing this language is hijacked so that only certain ideals can be expressed or attributed and couldn't be used in a contrary context. In 1984, Orwell illustrated this in his invention of 'newspeak'. The sole purpose of newspeak was not simply to reduce the number of words in the English language, it was to eradicate any possibility of forming radical, subversive or disruptive notions. Simply because the mechanism for expressing them had been wiped from the language. That's what you get with totalitarianism... That's IngSoc. However, in a democracy, we hope that satire and parody beats down any highfalutin ideas of such manipulation. See #Brexit.

I'm not suggesting 'The Great Tenure Uprising of 2018' culminating in an orthodox, heavily reduced language where the only response to the renting question is 'doubleplusgood'. But I do think we have to look ever more carefully at how we articulate what we do, our processes and our customers. As most of you will know, 'tenant' is largely eradicated from the BTR lexicon. And a good job too. But there are still the odd glaring slip-ups! Nevertheless, we have to do more to start to consistently own the message with our own language. I'm expressing nothing new. Many of us are already looking to the hospitality sector, to industries that have strong customer service experience and reputations and to customer service experts to help achieve the seismic shift we're all aiming for. Much of this is underway.

BTR will come to be identified by many things: the buildings will be better planned and built. They'll be more convenient, enriching to live in and with life-enhancing amenity. The landlord and the team of operational managers will be pro-active, responsive and customer focussed. Residents will feel secure and valued. And there will be mutual respect and trust. But to get the message across and counter ingrained bias, however we do it: above/below the line, branding, visual social media, kinesthetic learning, sky-writing or just plain shouting louder - we need a language which identifies and embodies the BTR ethos.

*If* we are successful, we can change the terms of reference, challenge the Grand Illusion and renting will be viewed through the BTR lens of freedom and I'll never again read of renters as 'trapped'.