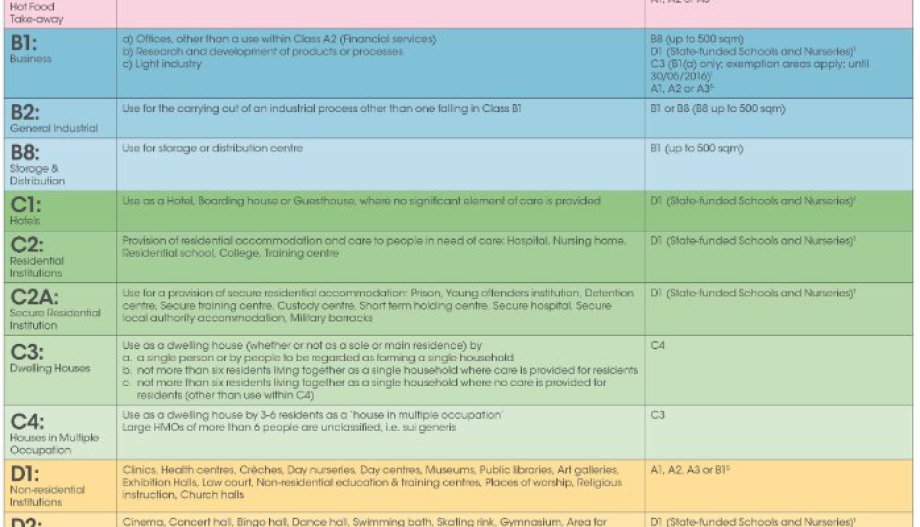 MIPIM: It's a wrap. And for many it was a successful 3 days of networking and dealmaking.  For me, It was an opportunity to gauge how far the institutional PRS and B2R had come.  What I wasn't expecting, and nor was anyone else, was a 3% budget bombshell from the Chancellor! My Twitter feed and MIPIM was buzzing with outrage, and the harbingers of doom were predicting PRS/B2R infanticide by the cold hand of the Treasury.   But is it?

Just to kick this off; I was impressed by Brandon Lewis, who, on the day following the budget, addressed a few of us at a CBRE Multi-Family-Living event. All of us there had an interest in the PRS or B2R. So he was not going to get away lightly. Nor did he... Into the lion's den an' all that...  After Brandon had explained that the 3% SDLT surcharge was now going to affect all second home acquisitions and that it was done in the spirit of fairness (after all, we couldn't have the small investor unfairly penalised could we..) I pointed out to him that the original premise for the 3% was to hinder off plan investment purchasers to the advantage of FTB's with the specific intention of boosting home ownership. Fairness was not part of the deal, and so the Government were being disingenuous at best.  It also didn't make sense to penalise the B2R industry who are going to deliver many 1000's of new homes into 100's of communities.  It just didn't add up. He knew it, but he blustered well for a man with his hands tied & his feet in concrete. Respect!

Unintended Consequences 1: There was a fair amount of outrage in the room when the event was over and the PRS stalwarts got together. Duncan Salvesen of Dorrington was not impressed and said that the Government had devalued his portfolio by 3% at a stroke. Nick Jopling of Grainger looked equally unimpressed. Bruce Ritchie of Residential Land was not there, but I suspect thunderclouds would have been rolling across his countenance.... But wait... there is a silver lining, unintended of course, but a glimmer nevertheless.

B2R has, thus far, been largely theoretical with only very few schemes anywhere near delivery. Especially those whose roots and concept lie side by side with the ULI's recent 'Build to Rent' bible. I have been critical of institutions kicking off their portfolios by buying house builder stock, arguing that it just wasn't a practical way forward: it wasn't purpose built for rent and it was going to be more difficult and expensive to manage and maintain with a negative effect on NOI resulting in yield compression. It is short-termism. The Chancellors 3% SDLT surcharge has cemented my view and handed the true B2R investor an advantage on a plate.

The structure(s) is simple: either the institution takes the whole scheme from site acquisition, through planning, right to completion, on it's own or with a partner, OR, planning risk averse institutions will partner with entrepreneurial  development companies to deliver the right product at planning that can be taken on as soon as consent is granted. Et Voila!  Of course, a crass oversimplification but the principle is obvious. As owners of land developed by themselves, institutions pay only the SDLT due on the initial land purchase. Look at that yield go!!

Unintended consequence 2: To date, the PRS industry has been resistant to talk of a separate planning class for B2R. Largely, in my view, because the BPF and the ULI have been historically dominated by residential investment companies who are not proponents of B2R. Because of this, and because Brandon Lewis asked for a united front on such matters, we are, initially, moving forward by favouring a covenant based approach. This is useful as it gets us underway immediately and allows the industry the time to discuss, fully, exactly what we would want from a new use class for B2R. The 3% surcharge drives us further down that road.

Why? Well it's obvious isn't it? But I'll come to that shortly.

The B2R sector needs to set out a framework which defines the asset. The fundamentals of such a framework can be based on a new use class which would give clarity to investors, planners, valuers, managers and customers.  I wont set out a manifesto here but, to my mind, this is what we're looking at with a new use class for B2R:

1. Clear understanding of what B2R represents to planners. What they can expect, what rules apply and what concessions they can make. For example: reduced car parking, exemptions from S106 & CIL payments, concessions in providing affordable housing.

2. Knowledge that the asset is to be built for rental only in perpetuity. Any change from that use to require consent and carry concomitant S106/CIL obligations.

3. Unequivocal valuation process: no flip-flopping between discount to VP or NOI income methodologies. Clear and precise and open with further data provided by the MSCI.

4. Longterm investment strategies where the investor commits to the asset class knowing there is a single, but well defined, exit strategy.

6. Security of tenure and quality of life style. The renting community deserve better. B2R can deliver that, but only by committing long term to the asset class.

7. And I'm now coming to that point.... A new use class could be exempt from the 3% surcharge in a way that C3 is not (and, to be frank, can not).  Both from an initial acquisition point of view, although that's not so crucial,  and subsequent asset trading aspect.   When this sector reaches maturity, the assets will be traded just like any other. What we don't need is for them to be subject to the surcharge when traded on.

Just one point on the trading position: It's my view that management/brand will develop in not a dissimilar way to the hotel industry. Therefore, assets may be traded, but the management piece, a layer above,  will remain constant.

So, unintended consequences from a piece of government tinkering foisted upon them by the Treasury. It just so happens that the tinkering has led to a more focussed delivery strategy and added further to the need for a new use class order.  Lets's be clear, such a change does require primary legislation. But that's a blessing in disguise. Whilst it's a delay, this time can be well used to consult widely and intelligently so that the industry gets exactly what it needs.