The Death of the Letting Agent 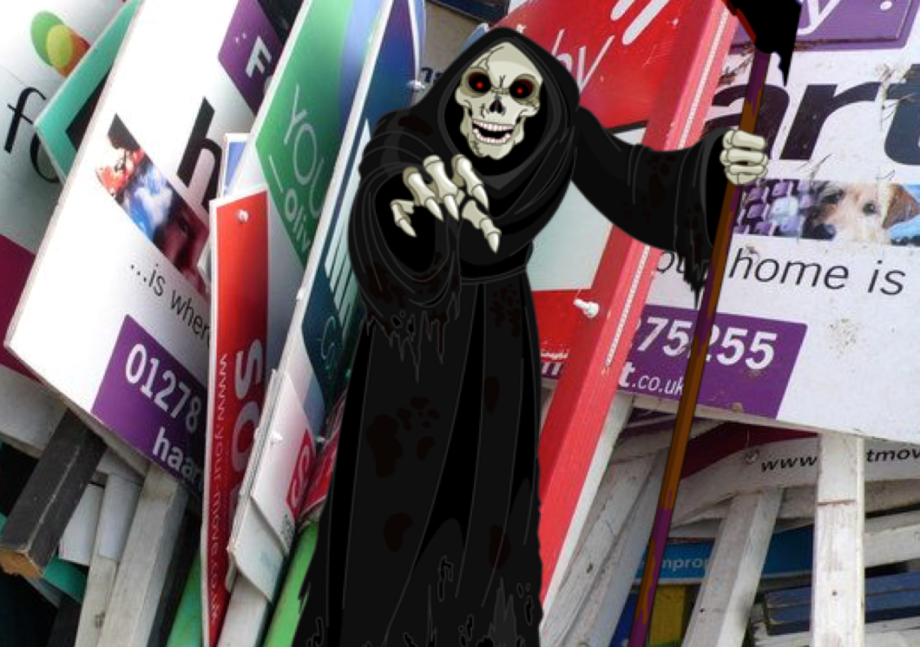 The PRS is in a state of high anxiety at the moment. In general terms, the BTL sector, which makes up a majority 90% of the market as a whole, is under fire from the government. Both sides of BTL in fact. For agents, the gravy train has come off the rails and they have been told by Philip Hammond that they will no longer be able to charge tenants fees for entering into a tenancy agreement. For landlords, it's been a story of being squeezed on all sides: tougher mortgage rules, a 3% SDLT surcharge, an attack on the ability to set mortgage interest payments against income and stricter rules by which fair wear and tear can be claimed. To top it all, landlords will probably have to foot the bill for all the costs incurred by their agents.

And yet, apart from those involved and the trade bodies; NALS, ARLA and NAEA, most people think the agents have had it too good for too long and that the service they offered didn't warrant the fees being charged. There are even some quite high profile industry 'expert commentators' who fail to understand the distinction between 'client' (the landlord) and consumer (tenant) and haven't quite worked out that the service agents offer the tenant is on behalf of their client. One can't serve, or be in the pay of, two masters. It's a conflict of interest.

It's been a central tenet of the BTL industry argument that banning fees to tenants will put up rents. It's possible. But as we've seen in London recently where rental levels have fallen, the market decides. Not the agents and not the landlords.

Outside this BTL maelstrom is the institutional PRS which is broadly made up of:

But this sector, whilst growing, still only makes up a small element of the PRS in total. However, where this sector is in the vanguard is in the way in which it envisages how consumers are going to be treated, and how the assets are going to be run and managed in the future. And this is going to impact upon all lettings and management agents very soon.

There's real disruption in the lettings & management market right now, led in general, by the demands of institutional investors and the response to those demands by companies like Graham Bates' LIV and Michael Howard's Urban Bubble. These 'disruptors' have their roots in traditional block management but have been savvy enough to recognise the shift towards a more consumer-focussed management style driven by a real desire for change and the advances of tech in the industry. Clever agents will also have had one eye on the PRS trailblazers: Fizzy Living, Essential Living, Be:here and Get Living London whose ultimate model is to trade without agents. If you build a strong brand and can pretty much complete a tenancy agreement online, why would you need third party involvement? So, the smart agents are learning from the new brands and taking a step up to compete head-on with the new boys. Savills are working hard to put together a strong case and have bought Roger Southam's Chainbow to bolster their block asset management credentials, Allsop's took on PRS expert Lesley Roberts to drive their existing management model and develop it using her unique understanding of the sector and LSL most recently have appointed the tenacious arch marketeer Jo Green as Director of PRS Client Services.

Clearly, this disruption is being most strongly felt in the institutional investment sector, but if agents working in the BTL sector think they're immune, think again. The online agents will drive change faster in the lettings sector, faster than they have in the sales market. Tech drives everything and with the landlords being squeezed by the government, they will want to look very closely at where they can make savings and efficiencies. Online management companies like ARPM will develop to handle the back office and it will all be achieved by clicking 'enter'. Landlords will also have to respond to the superior quality of offer and management that the institutional sector will bring. Again, that can be achieved by developing software that will 'herd' individual landlords together enabling them to offer facilities and convenience similar to the Build to Rent investors. Certainly, there will still be a distinction and it will be impossible to replicate some services, but nevertheless, we are looking at a PRS which is upping its game all round. If you want to see an articulation of the future in three minutes look at this Node-Living intro... Whilst Node may have a 'premium' approach, the essence of their offer will filter through to the sector as a whole. Everything you see will be the norm in less than 18 months. So, if you're a letting agent who has wandered down the beach wondering why the tide has gone out so far you can't see it, it'll be too late when you spot the wave approaching.

The ULI under the curatorship of Alex Notay (now at Places for People) produced what has become the bible for institutional PRS/Build to Rent. Entitled “Build to Rent: A ULI UK Best Practice Guide” (edition 2) it's well worth acquiring for those who want to know more about the ambitions of this sector.

Unless the agents adapt, these new management paradigms are going to leave them out in the cold. Many will not survive. Of course there will always be a place for a traditional agent with strong local knowledge, good reputation and a hands-on approach, but even they must look to the future and adapt to change.

I would urge agents not to take the cynical view, or to somehow think they are 'special' or have a 'USP', or to shrug off the institutional sector as a 'flash in the pan'. Institutions are looking to invest £50 billion by 2025 and a further £30 billion by 2030. Those numbers don't even take into account the huge investment in management systems and tech development as that will underpin the sector. This scale of investment will dramatically impact upon the whole of the PRS. I have had meetings with some very serious, well-known estate agents who have phenomenal resources and yet one memorable response was, 'we're happy to be discreet'. His agency is big enough to survive, at least in the other sectors they're involved in. He will not.