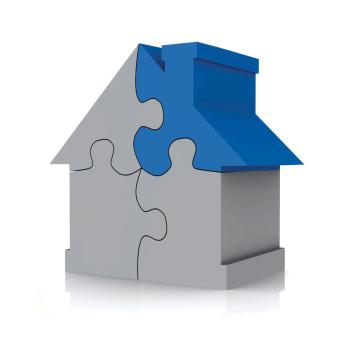 Build-to-Rent and the Shared Ownership Add On

You may have seen a piece in the Estates Gazette recently on Haylo, the Residential shared-ownership (SO) provider, who are reportedly pumping £1 billion by 2020 into shared ownership. If you haven't seen it, the piece, excellently written by Alex Peace can be found here. The main thrust of the article was to illustrate the long-term investment potential for institutions. Giles Mackay, Chairman of Haylo also wrote a piece for City AM that illustrates the same ideas.

That got me thinking about what and where next.

It's fairly clear to me that RP's have a huge role to play within the Build to Rent sector. Many are gearing up to invest heavily in the PRS which allows them to charge market rents along side the other forms of tenure that have traditionally formed the basis of their holdings. To date, we've looked at BtR, as the moniker suggests, as a rental only business with income derived solely from rent. We have looked at integrating affordable rent within schemes and the Government has encouraged this in the Housing White Paper (HWP). But what we haven't looked at, in any real depth to date, is how we could further alleviate the housing crisis by integrating Shared Ownership within BtR schemes.

In a sense, RP's already do this by incorporating SO within their Social Rented schemes and so, like much that is evolving in the PRS and BtR, they were ahead of the curve.

But would it work as part of BtR? I think it would. But the one thing that is holding institutions back from SO is that the system, including mortgage availability, is set up so that only RP's are able to participate. If we are to see institutions including SO in many of the schemes that has to change. To get round this problem, Haylo has recently received confirmation of its application for RP status and appointed ex Housing and Planning Minister Nick Raynsford as Chairman.

For me, BtR isn't just about targeting a specific cohort and designing the scheme around a Gen' X, Y or Z. It's much more complicated and more inclusive. It has to have universal appeal, whilst at the same time manoeuvring the sector onwards and upwards; in build quality and design, in the inclusion of appropriate tech' and in new management paradigms. In short, it has to offer a quality of life that hasn't, to date, been experienced by either renters or owners. Shared Ownership, along with Affordable Market Rent, could present an integrity that can be partly lacking in less inclusive schemes. 'Community' is a key element of large-scale BtR developments, but if we're not careful those communities may become 'communes'. Now, that may work for niche providers whose business plan is to attract mobile 'tech savvy' professionals, but there's only so many of them out there. The rest of us live a less 'integrated' life and may just want to veg out, turn the phone off and watch Made in Chelsea. Diversity within community is an enriching process and, to my mind, the more diverse the tenure types, the richer, more colourful and fuller the life experience. It cannot be lost on investors that to have happy tenants is to have investment vitality.

So far, ResiPropTech, insomuch it offers occupiers convenience and connectability, is really only being embraced by the PRS and BtR. Yes, there are elements that house builders are incorporating, largely around systems control, but in essence, there's nothing in it for them and it comes off the bottom line. With BtR, it's different, it enables that essential engagement with the customer that builds loyalty, encourages long-term tenure and delivers mutual convenience. By integrating SO within a scheme we start to see owners benefitting from the ideas and service currently reserved for BtR customers. That's a big deal. But pricing these facilities and amenities into SO is going to be tricky. Especially at an affordable level. Obviously it's priced into the rental element, but it'll also have to be reflected in any service charge too. Going forward, there will be management challenges and this will mean it will be crucial for management companies to have strong asset management experience. Yet another reason why the emerging management 'disrupters' come from the block management sector.

So how does the potential of SO fit with the institutional notion of an asset providing long term income? Rather well actually. Since the rent element received is usually based on Retail Price indexation plus 0.5 - 2% on an upwards only basis. So the returns would be reasonably predictable and entirely consistent with the goals of long term income funds. The amount of SO within any scheme would reflect the proposed requirements set out in the HWP. This could mean up to 20% of the scheme as a whole, in which case there would be some welcome capital receipts, or a balance of Affordable Market Rent and SO. Staircasing, the process of an SO tenant increasing their share of ownership incrementally, would also provide additional, but not huge, capital receipts. Because the core asset (at least 80%) remains purely as a rental income asset, the intrinsic nature of the investment is unaffected.

Without doubt, the presence of 'owners', however partial, further enhances the dynamics of BtR. With ownership comes a greater desire to take responsibility for ones immediate environment. When this desire coincides with the aims of the investor and management team, we have a confluence of want which underpins the community spirit, which is so much part of the BtR ethos. There becomes a co-vested interest. In essence, it is likely that the SO tenants become the 'community ambassadors'. Not in title perhaps, but in substance.

So will we see Shared Ownership form part of BtR schemes? Yes. Initially, with Housing Associations leading the way, perhaps in conjunction with, or funded by institutions. It'll take Government a while to wake up to discover that there are 200,000 people on the SO waiting list and only 8000 built each year. I think they will. Gavin Barwell has proven to be adept at going out on a limb, and this limb satisfies the current government's desire to get people on the housing ladder. There is a real need and a real demand. It can't all be fulfilled by the HA's, so we're going to have to empower other agencies if we're going to deal effectively with the housing crisis in this country. As a sector, BtR is proving enormously agile and inventive. Integrating SO will happen.