“He that dies pays all debts.” 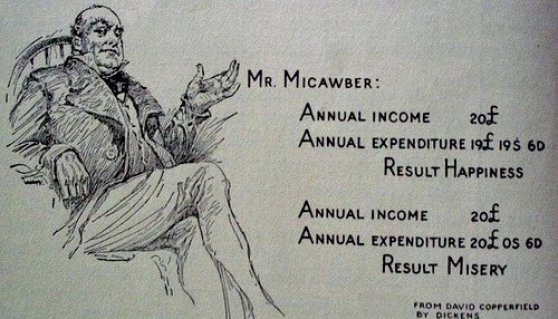 Of course it's dramatic! It's Shakespeare... Perhaps Dickens is not quite so...but you get the picture.

The joy of being a PRS/B2R consultant (you know the saying, those that can, do. Those that can't, consult) is that when one is asked to work with a certain element of the property sector one gets to understand the minutiae of that business.

So it was when SLC Solicitors sensibly engaged me and my colleague Paul Belson (he of the Task Force) to drive forward their institutional PRS offer. Now, PRS is one thing, but what SLC do is much more and that is where the education comes in. Flouncing about as a consultant one has a pretty good handle on every aspect of PRS and B2R. It's a bit like Formula 1: Some teams have more money than others and better drivers, some are well known whilst others are a bit left of field, interpretation of the rules can be a bit esoteric and some cheat.... and it's all very entertaining.  But, it's when it comes down to the detail that things really start to get interesting. Even with debt.

Control of the downstream 'stuff' doesn't seem to be high on the list of priorities for some businesses, especially those whose offer appears to have been devised from the top down rather than bottom up... And yet, when it's all about NOI and yield it's absolutely crucial to be on top of income leakage. What fascinates me about SLC, is how completely 'on top' they are of their business. It's only when one enters a business that, in one's poorly educated mind, is a narrow sliver of the overall picture, that one finds it's as broad a church as any. I'd no idea that there were so many types of property debt and so many methods of controlling it. I'm now enlightened.

The experience that recovery specialists like SLC have in GR & S/C recovery for freeholders and block managers, and AST debt recovery, has led them to be to the forefront when advising the nascent PRS-B2R industry on minimising their exposure to debt and, using SLC's expertise, designing their management systems to be as complete as possible.  Such matters were touched upon in the ULI Build to Rent "Best Practice Guide" so it must be important.

Incredibly, there are still some that I talk to who accept leakage as part of the business and whose models allow for it. I would say that was short sighted and, quite simply, bad management practice.

The bottom line is what it's all about and the bottom line here is that PRS B2R is here to stay. New management methods are being employed using experience gleaned from the US and every small detail is being disassembled and analysed. Making sure you get the money you're owed is one of those details that have a big impact on your NOI. So get it right!