Housing White Paper: Trouble in Store for Neville the Newt, and the BPF's Volte-Face. 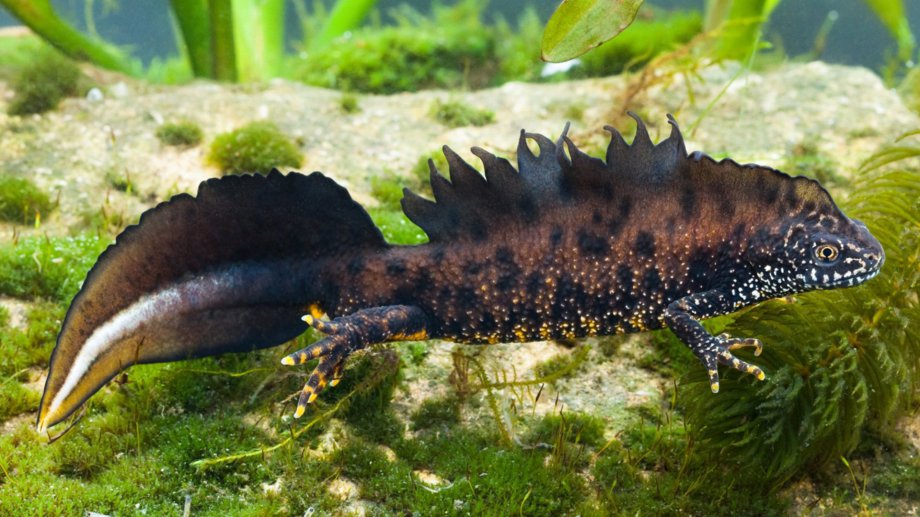 Triturus cristatus has good reason to fear that in the rush to build homes for Homo Sapiens, their little protected bit of the UK might be brushed aside. The Government has promised to 'take action' over delays to consented schemes and Great Crested Newts appear to be in the firing line. Let's hope our little frilly friends respond robustly during the consultation process.

Newts aside, the White Paper didn't get a standing ovation. Where were the radical ideas we were promised? No concessions on Green Belt? And absolutely no mention of SDLT.

To be fair, despite Sajid Javid's very brief address to The House, the 104 page document made interesting, if slightly expected reading. Set against the shadow of Brexit, this is not the time to get sexy with policy; it's a time to take stock, understand the real issues and address them soundly.

Despite my faint hopes, changes to the Green Belt were always going to be parked. For the Tories at least, it's too hot a potato to handle which is a shame because the debate needs to be a great deal more sensible and thoughtful than it is at present. Andrew Mitchell, on Peston on Sunday, summed up all that is wrong with the perception of the Green Belt by referring to it as "our treasured Green Belt". Well, If the Rt Hon Mr Mitchell treasures car parks, gravel pits, sewerage works, redundant hospitals, scrap yards and golf courses, he's hit upon a new definition for the word. And SDLT? Well, just look at the tax take. Despite that fact that London estate agents are ready to throw themselves off the nearest tall building (and in London you don't have to look far for one of those these days) SDLT is producing huge sums for the Treasury and until that revenue starts to decline, there's absolutely no chance of the 3% surcharge on second properties being removed. Where there may be an arguable exception is on Build to Rent, which clearly didn't fit the argument for the surcharge in the first place. I robustly pointed this out to a rather unfortunate Brandon Lewis at MIPIM last year where he had the unenviable job of telling the industry that the institutional PRS wasn't going to be exempted. Perhaps this will be addressed in the the Spring Budget on 8th March.

So what did we get?

Build to Rent: A clear signal of support for this sector with a range of measures aimed at encouraging local authority involvement, making it easier for BTR schemes to provide for affordable housing and the introduction of a new class of affordable to be known as Affordable Private Rent.

In terms of speeding up construction, it looks like Design for Manufacture and Assembly (DfMA) is the future and off site, whether it's pre-fabrication, panellated, pods et al is an area that the Government wishes to support. Alongside the Home Building Fund, other areas of funding for innovation growth will be explored.

Planning: Government is going to come down hard on authorities who do not have a local plan. Since the NPPF was published in 2012, only a third of authorities have adopted a plan. There is also the threat to take slothful authorities to task using a new Housing Delivery Test. Whilst there is a real desire to speed up the process, the notion of giving communities a stronger voice in the design of new housing; with the aim of driving up the quality and character of new development, seems very likely to slow down the process. A thorough examination of the planning element of the HWP, specifically Neighbourhood Plans is given by Simon Ricketts in his excellent blog

I'm to be convinced by encouraging higher densities 'where appropriate', such as in urban locations where there is high housing demand. Clearly, there is a great deal of work going on in the sector with regard to increasing density. I just hope we're not trying to be too clever for our own (or the potential tenants) good and failing to appreciate the 'human scale'. Nor am I thrilled by 'reviewing space standards'. It smacks to me of the worst of PDR where offices are converted without much in the way of building control with the aim of squeezing a quart into a pint pot.

Then of course, there's Neville. Poor Neville. (In reality, I think he'll be ok; along with the Natterjack Toad, Large Blue Butterfly and Bats)

The British Property Federation: Almost unnoticed, the BPF slipped out their debut report for the Build to Rent Sector on the same day as the Housing White Paper. The report, produce in conjunction with Savills and the London School of Economics, makes ten key recommendations.

Echoing current industry thinking, the repeal of the 3% SDLT surcharge is one of the ten proposals. As is the adoption of Discounted Market Rent standard and flexibility over space standards (Still to be convinced on that one). But the point that interested me is one that previously both the BPF and the ULI have been keen to play down: the adoption of a statutory planning definition. Not only was I surprised to see that, given the previous standpoint, but it sits top of the 'Top Ten' list.

Point 1 of the ten recommendations reads: "Build to Rent (BTR) Definition - A statutory planning definition will help accelerate and maximise delivery of homes. It is a prerequisite for implementing other planning policies and to ensure consistency of interpretation across local authorities."

I say 'surprised' because the reason a separate planning definition has not been on the BPF agenda is quite simply one of vested interests. To date, most residential investors have bought existing residential investments or new build in bulk from house builders. Why then, give a competitive advantage to the BTR upstarts! It seems that some of the more influential voices within the BPF have begun to build for themselves and can see the benefits of a balanced portfolio containing different types of residential asset.

Some time ago, the Housing Minister (not this one) asked for a coherent view from the sector on the matter of a distinct planning class. Since this request was akin to herding cats, and he probably knew that, he didn't get one. So the sector pushed forward with notion of covenants and clawbacks. But the problem with those is one of consistent application. So I'm surprised (again) to see them at '3' along with the desire to add further guidance to the NPPG. Surely partially contradictory to point 1?

I've been an advocate of a separate planning class for a while arguing that it gives certainty and form around so many aspects of property ownership. It also gives the Government licence to treat the sector differently to BTL and residential sector as a whole and makes it easier apply and target policy. From an investment standpoint, a distinct planning class will allow more clarity around metrics enabling analysts to compare asset performance against other asset classes. This could include comparison against investment stock bought from house-builders which would still come under C3. Up to date info on the Planning Classes Order can be found at planning experts Lichfields.

So, those are my thoughts on the White Paper and the BPF recommendations as far as they are pertinent to my interests. We'll have to see how the proposals in the HWP develop and, as I type, it's clear the Government is reining in on the desire to penalise developers from not building out consented sites. A good thing in my view since delivery of homes is a great deal more nuanced than appreciated. On this point, it's worthwhile reading Stock and Flow. Planning Permissions and Housing Output, again by Lichfields, which is an insightful document covering housing delivery. As to the BPF recommendations; if they have formed part of an ongoing dialogue with the Housing Minister and the Chancellor, then perhaps we may see some movement in the Spring Budget. SDLT? Don't hold your breath....