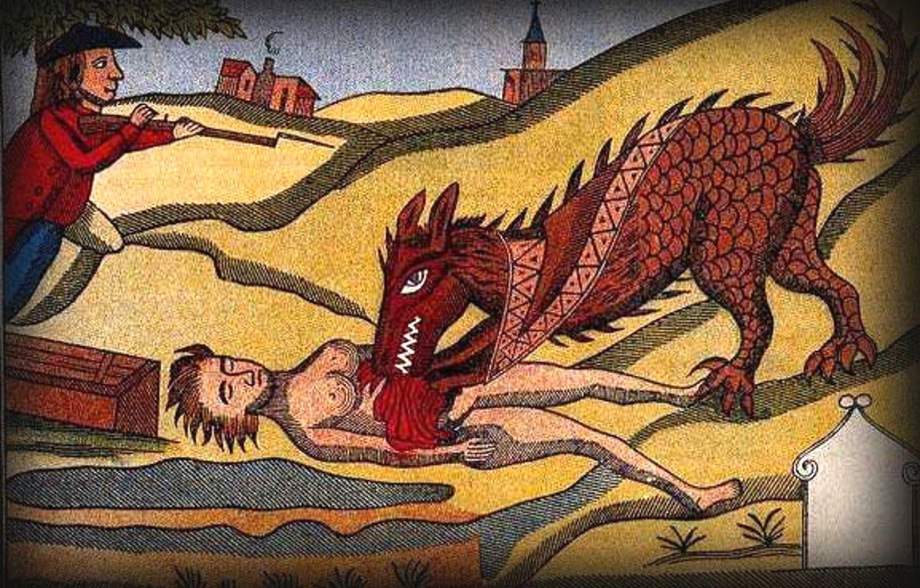 The Spring Budget, Build to Rent and The Beast of Gévaudan

Imagine, for one moment, that the Beast of Gévaudan represents the UK housing sector: mysterious, intangible (for some), uncontrollable, the stuff of legend and impossible to get to grips with. The other connection between the two is the citing of a 'Silver Bullet' as a solution to dealing with the situation.

It is thought that the Beast of Gévaudan was possibly the fabled Werewolf and certainly eyewitness accounts of the time in South-central France (1764-67) suggest features similar to a wolf. Of course, as we all know, the only way to finish off a werewolf is with a silver bullet. The Housing White Paper, released a month ago now, was not a silver bullet and both Gavin Barwell and Sajid Javid were at great pains to point this out. Several times. So effective was this message, it was used by just about every journalist as part of any analysis of the HWP until I was heartily sick of the phrase.

Anyway, enough of the beast. It was tenuous anyway... What does the residential investment sector expect or hope from Philip Hammond tomorrow?

Unfortunately, very little I suspect. the HWP was delivered only a month ago and there's very little for Hammond to add. The biggest issue has probably been SDLT in its various guises. The London market has been hit by ATED, and the higher rates of SDLT which generally apply. On top of this, most investors will also be liable for the 3% surcharge which is applied to the whole of the purchase price. To date, the tax take has been significant. Whilst I do think this will begin to fall, unless it falls to levels seen prior to the introduction of the higher rates, the Chancellor is unlikely to feel particularly magnanimous towards investors.

The BTL market has been hard hit. The SDLT impact has been serious and the changes to the tax system just rub more salt into the wound. However, there is a link between the rise of the PRS, which has doubled in size from 10% to 20% of the housing market since 2003, and the gap in affordability for first time buyers. Nothing that the Government has done has changed that significantly and Help to Buy has only fuelled price increases and helped the bottom line for many volume house builders (VHB). However, is must be remembered, that the Government is itself responsible for the surge in BTL investment when it freed up pension rules and encouraged investors to take control of their hard earned savings. So a little something wouldn't go amiss. Chances of it happening though; None.

Recent calls for SDLT to be paid by the seller, is complete madness. It only shifts the burden to a different party. Claiming it improves affordability is nuts. It'll only make property more expensive by the tune of the SDLT due. And what happens if we have a severe down turn like 2008? Are we going to trap home owners in their negative equity boxes because they cant afford to pay the Treasury to get out? If interest rates rise, they'll be stuck in a home they can't afford to sell and with mortgages they cant afford to pay. That's known as a double whammy! If it is treated like a CGT tax, then the Government gets nothing. The chances of that getting off the ground is akin to putting wings on an elephant and calling it an airliner.

The institutional market has a much better claim to remove the SDLT surcharge. Prior to the introduction of the tax, the noises coming out of Whitehall indicated that large scale investors would be exempt from the surcharge. So I believe government is sympathetic to treating the sector differently. My view is, that at the time, there were concerns that the BTL investors would be able to successfully challenge the tax if it were not uniformly applied. Those concerns may still be valid. However, it is clear from the HWP that there is considerable support for institutional PRS and, more specifically, Build to Rent (BTR). If there is any movement by the Chancellor on this, I suspect it will come in the form of exempting Build to Rent and not other forms of large scale residential investment. Implementation of this may be wrapped up in a resolution to form a new planning class for Build to Rent. The recent paper by the BPF appeared to signal a shift in policy and called for 'a statutory planning definition' for BTR. Much will depend on how much time the Chancellor has had to digest this. I think BTR will see tax advantages and exemptions applied at some point. Whether it comes too soon after the HWP and/or pales alongside the Brexit maelstrom, we'll find out tomorrow.

If the Chancellor does opt for a new statutory planning definition for BTR an awful lot more becomes clear. A distinction between BTR and other forms of resi' investment acquisition, an ability to treat, tax and incentivise the sector appropriately, the setting of clear investment parameters and the ability to compare and contrast metrics. I can see it coming. It also fulfils the desire for long term investment with the obvious tenant security that it brings. I don't see it as killing off bulk forward purchase from house builders, nor acquisition of existing residential blocks or portfolios. Just another string to the bow with planning, tax and investment advantages. I suspect most large scale institutional investors will invest in both types of asset: Build to Rent and non-build to rent and benefit from the different exit strategies that it will bring. Management strategies will, I hope, remain the same.

I am hoping that there will be some flesh on the bone and serious support for Off Site Manufacture (OSM). Some work was done on this in the HWP and I would like to see real money being thrown at this to help establish new plants around the country. Tax breaks for investment new construction technology would help as well as incentives to get people into construction related apprenticeships and university courses. We desperately need to change the way we deliver housing in this country and the perceived increase in quality of construction (not to say the speed) must be delivered. Mark Farmer's Modernise or Die is a must read in this respect. OSM will, likely as not, be driven in the first instance by BTR where phased delivery to prevent oversupply is not an issue. But expect VHB's to adopt the principles quickly too.

Finally, more support for Housing Associations to help with our housing crisis. Many of them are changing their models and becoming involved in mainstream supply as well as providing affordable homes. Thames Valley Housing's Fizzy Living model is an example, as is Places for People. The HWP again hinted at helping HA's get really stuck in. To my mind, they may have the biggest part to play in resolving many of the affordability issues that afflict this country. They have all the latent skill sets. HA's could become this country's biggest provider of PRS which could sit happily along side, and intertwined with, affordable rented homes. This makes real community. God knows, we're divided enough at the moment.

When Philip Hammond sits down tomorrow we'll have a clear(ish) idea of where we're heading and what the Government's thinking is long term. I hope also we get an update on banning lettings agents fees. That seems to have gone a little quiet of late and that industry is lobbying hard against. Brexit will, unfortunately, be a distraction. But not so much so that that he is unable to give clear guidance to the sector and, on the back of the HWP, signal real support with real policy.